Working on the Weekend at Walt Disney World: 3 Leadership Lessons from Labor Day 1971

Welcome to a special “Wisdom of Walt” post the Friday before the long Labor Day weekend. Why early? Partly, as a thank you to the hundreds of new subscribers who signed up during D23 (Disney Fan Expo) last weekend. Mainly, because I want to share with you a Labor Day story from Walt Disney World in 1971–-one month before Magic Kingdom’s scheduled opening. I often say that Disneyland was the dream. Walt Disney World, however, was the miracle. Here is some perspective: Disneyland took only one year to build (1954-1955). Phase One in Florida, however, took a full four years (1967-1971). Despite the extra time, and only a few months away from opening day, Walt Disney World was still desperately behind. Getting everything finished and functioning for Friday, October 1, 1971, looked impossible. Dick Nunis, head of park operations at Disneyland, agreed to transfer to Florida. His reluctant relocation was conditional, i.e. only if Disney gave him access to all of the company’s resources. “When I call,” he warned, “don’t say when. It means yesterday.” David Koenig tells us what happened next:

As the calendar turned to September, signifying less than a month before opening, the park was filled with unfinished show buildings and mud puddles for walkways. Work scheduled—and exhausted workers—began to lag.

Despite Disney’s pleading, the contractors refused to work on Labor Day. Nunis had a better idea. He put his managers to work for the day, running as many attractions as were operable to entertain the construction workers. The tradesmen were invited to bring their families—some evidently large, since about 12,000 guests packed the park that day. All through the day, children were overheard asking their fathers, “Daddy, did you really build that?” The preview gave the men a glimpse of what they were helping to create, as well as an individual sense of accomplishment and pride in their work. “Help us, guys,” the managers then stressed, “and we’ll have your families back again.” 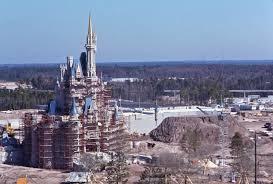 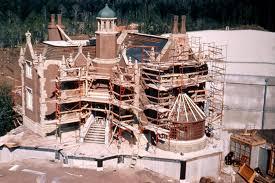 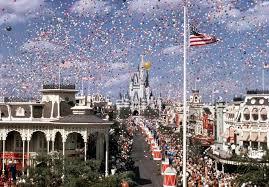 Because of Dick Nunis and the tireless work of thousands of laborers, Magic Kingdom did open on time. Forty-eight years later, here are three leadership takeaways:

1. Reverse the Roles—leadership isn’t about position, power, or authority. True leaders create followers who are willing to do what needs to be done. Invite others to follow by serving those who serve you.

2. Take Care of Those in Your Charge—whenever you are up against a deadline, the temptation is to start barking orders, make demands, and remind everyone who is “boss.” With less than a month before opening, Disney could have demanded more from its union laborers. Instead, it gave everyone the day off and took care of their families. During a stressful season, the best way to take charge is by taking care of everyone in your charge.

I think the reason I love the Labor Day story from Walt Disney World so much is that Labor Day is always a work day for me and the team at California Baptist University (CBU). Labor Day Weekend is “Welcome Weekend” for all of our new and returning students. Having everything closed on Monday, just before classes start on Tuesday, isn’t very welcoming. So everybody works. Labor Day reminds us of the importance of work. This weekend, I want to encourage you to think about “why” you do what you do. Leaders, why not use Labor Day to reflect on how you can reverse your role and start leading by serving. What can you do next week to take care of those in your charge?

“In order to make good in your chosen task, it’s important to have someone you want to do it for.”
Walt Disney