They haven’t always been there.

You realize that they haven’t always been there, right?

Disneyland opened in 1955 with an assortment of attractions. Twenty-one to be exact. Opening day experiences ranged from a railroad you could ride, a steamboat you could sail, to a jungle you could cruise.

I remembered this two years ago when my dad, who lives in Tennessee, came to California for a visit. He had been to Southern California, once, in 1960, for a trip to Disneyland. Fifty-five years later, he was shocked to see so many mountains surrounding Los Angeles. “Son, I swear these mountains weren’t here when your mom and I visited back in 1960.”

“Well, you know dad, it’s possible that Southern California has added mountains since the last time you were here,” I responded.

“No, son. It’s not possible just to add mountains somewhere,” he stated.

“Sure, it is,” I replied. “They’ve added Matterhorn Mountain, Space Mountain, Big Thunder Mountain, and Splash Mountain since the last time you were here!” 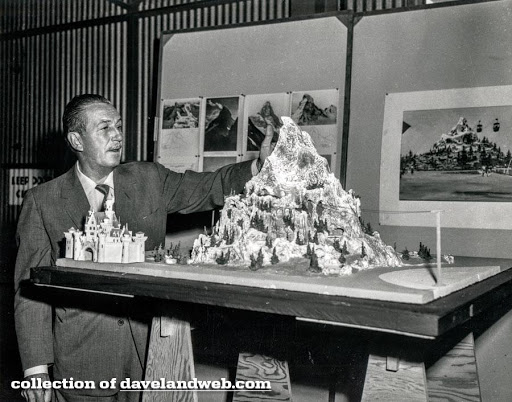 The first of Disneyland’s mountains, Matterhorn Mountain, was there when dad visited in 1960. Opening 60 years ago on June 14, 1959, the Matterhorn transformed the Magic Kingdom from a pedestrian park that told simple stories to a park that finally had something for families and thrill seekers alike. The Matterhorn premiered alongside the Monorail and the Submarine Voyage. This trio of attractions were part of Walt’s $8 million dollar plan for “fixing” the failed Tomorrowland of opening day. Each was one of Disneyland’s first famed E-ticket attractions. Disney historians will tell you that it was the Matterhorn that put Disneyland on the map; nothing was the same after June 14, 1959.

When I first visited Disneyland I knew little about the Magic Kingdom, but I knew there was a Matterhorn. I had memorized the mountain’s image from a Disneyland map puzzle—a puzzle my mom had purchased on that trip with my dad back in 1960. I spent a good portion of my childhood putting the pieces from that puzzle back together—over and over again.

When we drove down to Anaheim in August 1988 I was excited to spot the Matterhorn from the Santa Ana Freeway. My first visit inside Disneyland was still a day away, but I had already spotted my first attraction. The berm surrounding the park can’t keep its tallest peak from peeking out at people who are out past the perimeter. Passing by, the puzzle pieces from my past fell into place. The memorable mirage of my youth was finally real. Tomorrow, I would finally find myself inside the Magic Kingdom and making my way down the icy slopes of Matterhorn Mountain! 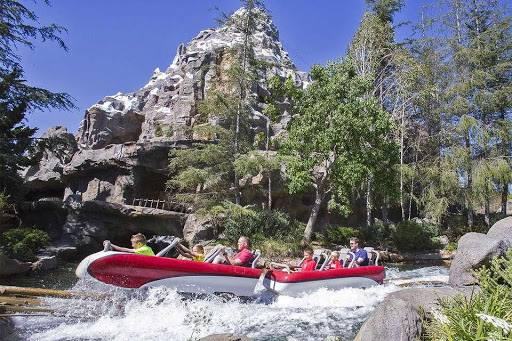 In fact, I remember loving it more in 1988 than I do now in 2018. I don’t ride it nearly as often as I do Space Mountain, Big Thunder Mountain, or Splash Mountain. While I don’t think it’s an abominable attraction, the ride is unbearably jerky and jarring. The Matterhorn is anything but comfortable.

It should matter to you, too.

When Walt went looking for land to build his dream, he insisted on a large and level location. He wanted what he called a “flat canvas”. He was building a brand new world from scratch. As the creator of his own kingdom, Walt added his own pieces—water, rivers, and ultimately mountains—wherever he saw fit. He wasn’t playing God, but when Disney Legend Bob Gurr was under pressure to have the mountain ready by deadline he did tell Walt, “I think we’ll have it finished on time, but next time, when we have to build a mountain, let’s let God do it.”

Let’s let someone else do it.

But you can never take your life to the next level while living on level land. Doers do hard things. Leaders climb the mountain. Dreamers ride the roller coaster. Like the Matterhorn, dreams are anything but comfortable. 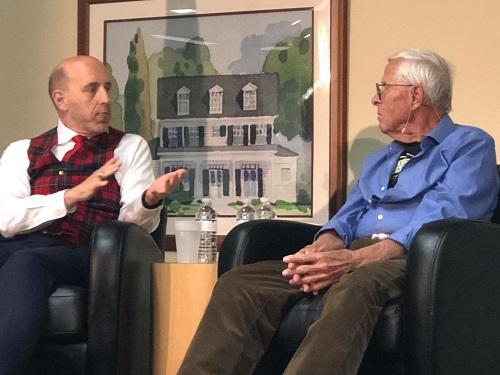 Last April, I interviewed Bob Gurr about the making of the Matterhorn. I learned that when he was creating the world’s first tubular steel roller coaster, Bob had to do something he had never done before–ride a roller coaster. He also had to use Trigonometry—math from the only math class he ever failed. In other words, in making the first of Disneyland’s many mountains, Bob Gurr had to reach for pieces placed way outside his comfort zone. So, the next time you are zipping down those icy slopes instead of thinking brrrrr, think Gurrrrr!

Then think about your own puzzle. Are you reaching for a goal? Are you stretching for success? Like the Matterhorn, your dream matters. The missing pieces to your puzzle sit just outside your comfort zone.

But unlike Disneyland’s mountains, they’ve always been there.

“Everything you want is outside your comfort zone.”
Robert Allen 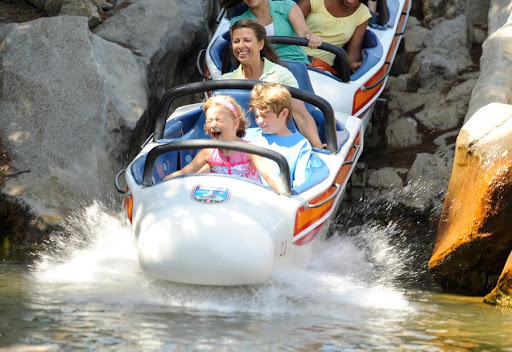