Home > Blog > Hard Things You Have to Do to Be a Great Leader: Part Two

Hard Things You Have to Do to Be a Great Leader: Part Two

Hi, my name is Jeff.

Every anonymous addiction group meeting starts with this same familiar greeting. I know because I’ve attended a few. Turns out, several Disney Addicts Anonymous groups exist online, and they have never been more popular than right now. Disneyland has been closed since March 13, and Walt Disney World, after being closed for four months, has been operating at limited capacity since mid-July.

Needing my fix, especially after a long summer of recovery from brain surgery, I finally flew to Florida on August 29 and enjoyed seven days at what is still The Most Magical Place on Earth. Was everything the same? No, of course not. However, in the upside-down world of COVID-19 in the year 2020, I was more than happy to be “Home” and surrounded by an endless supply of friends and family.

My not-so-anonymous addiction brings us back to the anonymous email “16 Hard Things You Have to Do to Be a Great Leader.” In my last post https://thewisdomofwalt.com/hard-things-part-one/, I looked at the first four principles, and numbers 3 and 4 turned out to be the most popular. This week I want to look at the next four, i.e., numbers 5-8.

5. You have to feel unsure and insecure when playing it safe seems smarter:

For me, the signature story in Walt’s life was going bankrupt in Kansas City at age twenty-one. That financial failure compelled Walt to come to California. The bankruptcy brought him to the decision to go “all in” on his dreams. Walt boarded that train with $40, a single suitcase, and a one-way ticket. The safe and smart choice would have been to stay in Kansas City, surrounded by the friends and family he already knew and loved.

In my keynote address, I talk about this signature story as being The Decision. I am wrong. Leaders do not just make one decision. Leaders are responsible for lots of decisions. Leaders make decisions all day long. Life is so uncertain that you will no doubt experience a sense of loss and bankruptcy (financial and/or emotional) more than once in your life and career. For example, back in 2014, I was so “all in” on teaching my History of Disneyland class for the first time that when I was diagnosed with a brain tumor after giving the first lecture, I delayed surgery for two-and-a-half months so I could continue to teach the class.

Great story, right? Little did I know that one day I would be diagnosed with a new, second tumor. This reality alerted my life, again. This reality altered my story, again. When the old story no longer serves you, it is time to leave the security of your comfort zone, stop playing it safe and smart, and start finding a new narrative all over again. 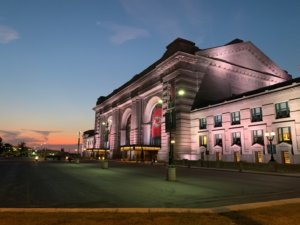 6. You have to lead when no one is following you yet:

Leaders must be willing to be lonely. You have to go out on that limb. You have to dare to dream. You have to take people to places they don’t yet know exist. It’s your vision, not theirs.

Walt dared to dream of Disneyland, despite Lilly’s objections and Roy’s reluctance. When it came to Walt Disney World, where everyone else only saw useless swampland, Walt saw opportunity. Walt’s vision was so powerful that despite his dying six months before they broke ground in Florida, his team carried through with his wishes and opened The Magic Kingdom in

October 1971. On that day, almost five years after Walt’s death, someone commented to Mike Vance, creative director of Walt Disney Studios, “Isn’t it too bad Walt Disney didn’t live to see this?”

Having the vision. Taking people places they cannot get to on their own. Being willing to take the risks and go it alone. Don’t you see? As the leader, that’s why you’re here. 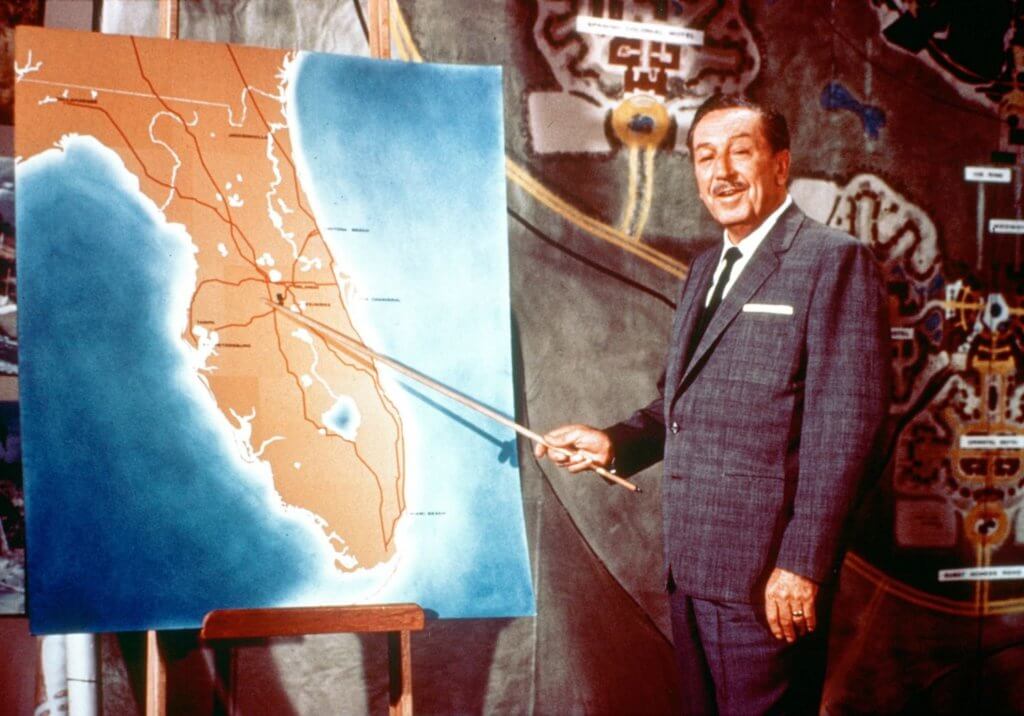 7. You have to invest in yourself even though no one else is: 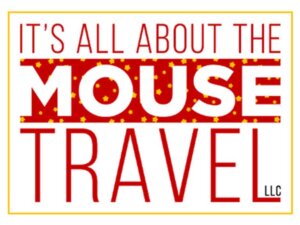 A year ago this month, I was in Kansas City giving the keynote address for the Epilepsy Foundation LeadershipConference. While there, I made a special trip to the Kansas City Library because I wanted to check out the library where Walt checked out his first book on animation. He took the initiative to invest in himself, and his dream, to begin his lifelong career in animation and a commitment to lifelong learning.

Ask yourself this question: Whom do I spend the most time with each day? Is it your staff? Your spouse? Your assistant? Your kids? Without question, the answer is “yourself.” Always remember, “No matter where you go, there you are.” So why not guarantee yourself a great return on investment (ROI) by investing in yourself, especially when no one else is!

8. You have to grind out the details when it’s easier to shrug them off:

In my first book, The Wisdom of Walt, I have an entire chapter dedicated to “Detailing Your Destiny.” Here is a fun detail about that chapter: When I write my books, I don’t write from beginning to end. So despite “Detailing Your Destiny” being the eleventh chapter in The Wisdom of Walt—it is actually the last chapter I started writing anything on and the first chapter I fully finished. Now you know. 🙂

One of my all-time favorite Walt stories comes from that chapter; it is a story I often share in my leadership workshops. Because Disneyland was so personal to Walt, he was hands-on over even the smallest detail. His preference for perfection was reflected in the very first completed attraction at the park, the Disneyland Stage Lines.

John Hench, one of the men who helped Walt build his dream, recalls a conversation he had with Walt when the studio was fabricating the stagecoaches. Hench asked, “Why don’t we just leave the leather straps off, Walt? The people are never going to appreciate all this close-up detail.” Walt’s response came to be reflected in every attraction that followed: “You’re being a poor communicator. People are okay; don’t you ever forget that. They will respond to it. They will appreciate it.” As a result, Hench and his team (Henchmen, I presume?) ended up putting “the best darned leather straps on that stagecoach you’ve ever seen.”

Disneyland is Walt’s dream come true, and it is a sensory overload on steroids. The details are everywhere. You can’t ignore them, nor can you shrug them off. We see things on our one-hundredth visit that we never noticed on our first. This is why I see the parks not just as an escape, but as an example. As a leader, you can’t escape the details either. Every detail communicates your standard and your example. 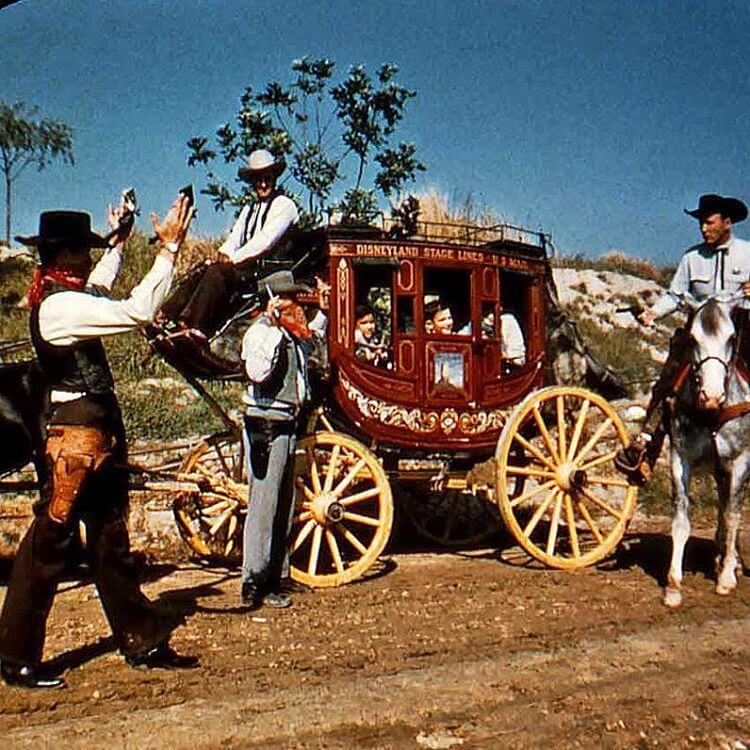 Okay. We are halfway home now. Again, I would love to know which one of these hard things leaders do is your favorite. Please email me at jeff@thewisdomofwalt.com or leave a comment below. I’m looking forward to sharing 9-12 with you in my next installment of Wednesdays with Walt.